This is yet another artwork for an event that didn’t happen due to the pandemic. Although, this was just my entry for a pitch which I didn’t win heheh. I still think I should’ve won though. It’s definitely a worthy project to show off with in my portfolio.

The assignment was to come up with a style for Kamping Kitsch Club’s new event, Spoiler Room, an event celebrating Belgium’s trashy early 2000s euro dance & hard dance culture. The early 2000s in Belgium were a time where you would see a lot of ugly pimped cars in the streets covered in tribal stickers. It was a time when it was still considered okay to heavily promote your shitty club night with loads of bikini babes with silicone tits on the posters & flyers. It was also a time when clubs were still advertising on TV, in high octane spots with shitty 3D effects & an unnecessarily low voice as if the VO had swallowed an entire canister of nitrous oxide.

I went all out on this project because it was one big meme, and memeing is what I’m best at. 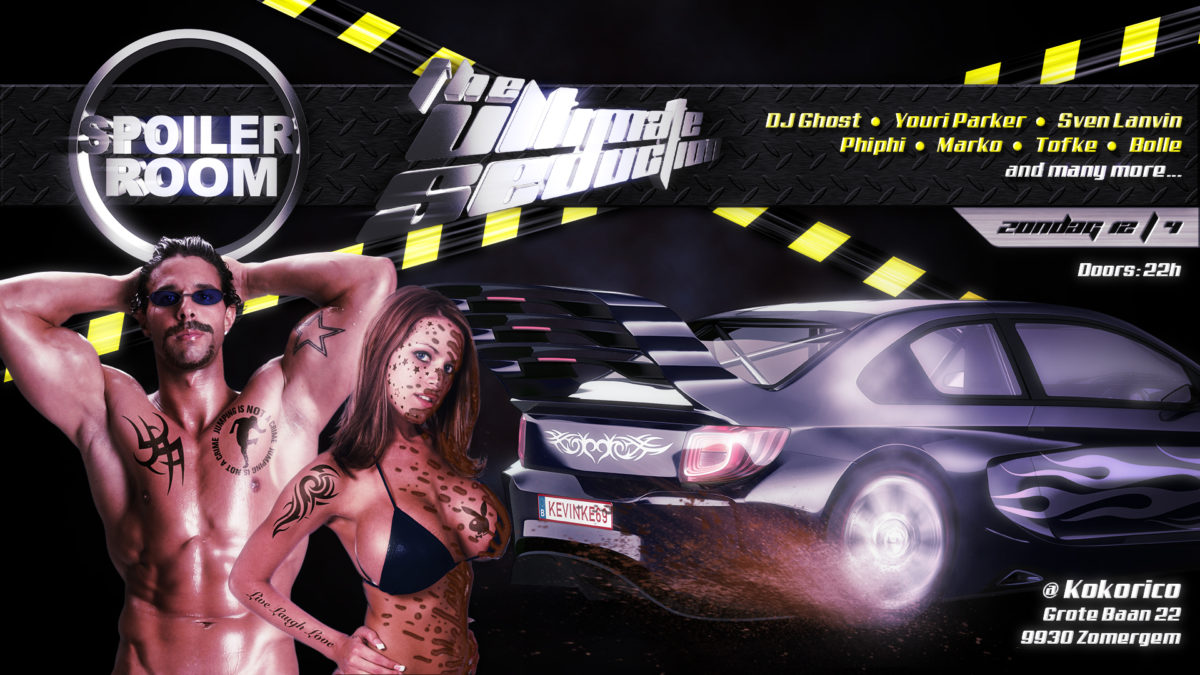