By now you probably figured I like me a good party, both from the dance floor side as from the organisational side. One of the Antwerp promoters I align the most with, music taste-wise invited me to join his team for the 2018 edition of PARK festival. So I did my thang as the communications guy of the festival. Because I’m lots of fun, I found it a good idea to overload the design with ROLLERCOASTERS!!! (Sadly there were no rollercoasters to be found at the event, although there was 1 rollercoaster-like vehicle driving next to the festival site on straight tracks, but someone told me that that’s called a ’train’) 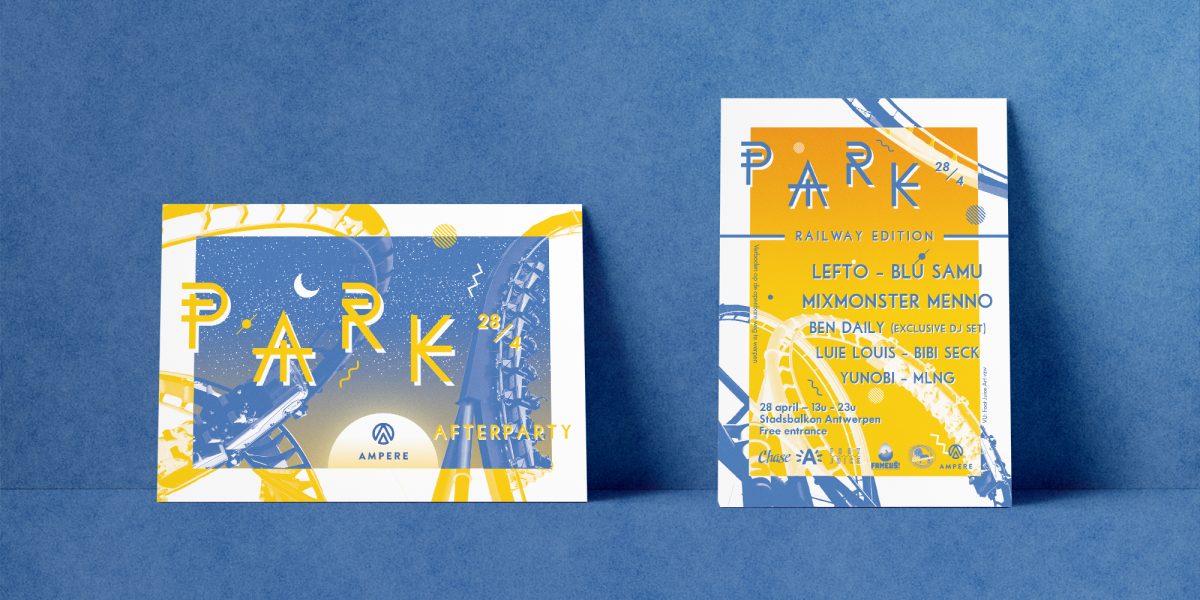